Here's a quick walk through for creating an AWS lambda using Java. I happen to use IntelliJ with maven, but you can use whatever IDE and package management you prefer to use. You can find a similar walk-through in the online AWS documentation or in the AWS Lambda In Action book.

1. Create an IAM role for the Lambda to use:

3. Create a Java project for your AWS Lambda code:


4. Create the lambda in the AWS console: 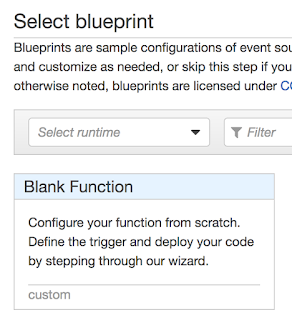 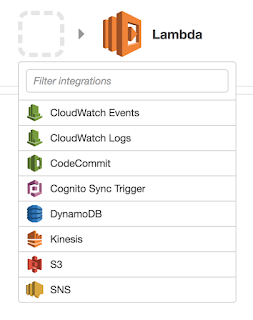 * Go to "Functions" section of the AWS console's Lambda page.
* Select the "hello-lambda" function by clicking the option button.
* Click on the "Actions" drop down, and click on "Test function". The "Input test event" dialg will appear.
* Enter the text "testing", and then click the "Save and test" button.

This will trigger the lambda function, and you'll see the output in the "Execution result" section.

6. Test the lambda with an S3 creation event:

Uploading a text file with a single line of text to your S3 bucket that you created in step 2 will trigger your lambda, and you can see that the lambda is invoked by using the following steps. 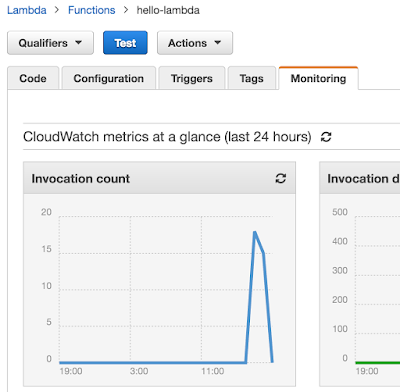 Learn more about AWS Lambdas through AWS Lambda In Action.

Amazon Web Services are easy and incredibly fun to use. Need to spin up a web server and Redis cluster? No problem! But how do you protect the AWS account from unauthorized use? Well, IAM users and MFA of course!

The exercises at the end of the chapter have you create an IAM group, an IAM user, and then enable MFA for your newly created IAM user (in exercise 6.6). I've really enjoyed going through the exam guide specifically due to the chapter review quizzes (answers with explanations are in the back of the book) and the exercises.

Here are the steps that I used for creating an IAM group and user (using exercises 6.1 and 6.3 as the motivator, and following along in the very easy to use AWS console interface).

Enable MFA for an IAM user:
At this point the user account is configured for MFA. The next time that user logs in they will be prompted to enter a 6 digit MFA code. Your MFA enabled user account is now a lot more secure than it was.

I highly recommend the exam guide even though it is starting to get a bit dated. The book gives you a condensed and comprehensive look - and the exercises really help drive home the material. I found that some of the exercises were a bit sparse in information, and no longer match what the AWS console shows you, but it is close enough that you can figure things out without getting lost.

The experience was very fun, and the end result is that I now have a much more secure admin account!

Some books that I've really enjoyed...

I’ve been going through a book, and absolutely loving it - Java 8 in Action: Lambdas, Streams, and functional-style programming.

The thing that I’ve enjoyed the most so far are the notes on when to use certain methods. In the chapter on streams, chapter 3, there is one particular method that really stuck out for me - the filter method.

The filter method takes a predicate, and returns a stream of all the elements that match the predicate.

The book points out the following:

“Any time you’re looping over some data and checking each element, you might want to think about using the new filter method on Stream.”

Here is an example - the following code will print out even numbers:

The code above is pretty straight forward, but it could be written like this instead:

This might not look like a huge advantage, because there isn’t a lot different between the two. The amount of code is basically the same as well.  However, the benefit of the lambda version is that it can be chained together with other Stream methods.

For example, imagine that you have some data containing user IDs, and some user IDs have a special prefix to indicate a special user type.  You might want to filter out the special users, and then return a list of users without the prefix and with the name in upper case letters.

To do the same thing without using streams would look something like this:

You can see that it would require that another variable would have to be declared to hold the special users. Kind of a waste.

I’ll definitely be keeping my eyes open for code that is iterating over lists and inspecting each element!