There are probably 50 million tools out there for writing XSLT and viewing the output. I have been in the habit of using a command line app that would take a path to the XSLT file, the source xml file, and a target output file. It worked good enough since I don't usually have to do a lot of XSLT. I just started doing changes on a project that uses XSLT to transform data into XML that can be used to index into a Solr instance, and there are quite a few fields that I need to format in a variety of ways. I was using the simple command line app to view the output, but it was getting a bit tedious.  I was wishing I had something more like IntelliJ - something that would show me the output right away, and it dawned on me that all I needed would be three text boxes and a timer control to get what I wanted.

Introducing the incredibly named XsltTester. It's pretty basic, and I'm sure that there are existing free tools that do the same thing. However, this took just 30 minutes or so and it was fun to put together.

Here is a link to the project on BitBucket: https://bitbucket.org/lee_wallen/xslttester

Here are a few views of the app: 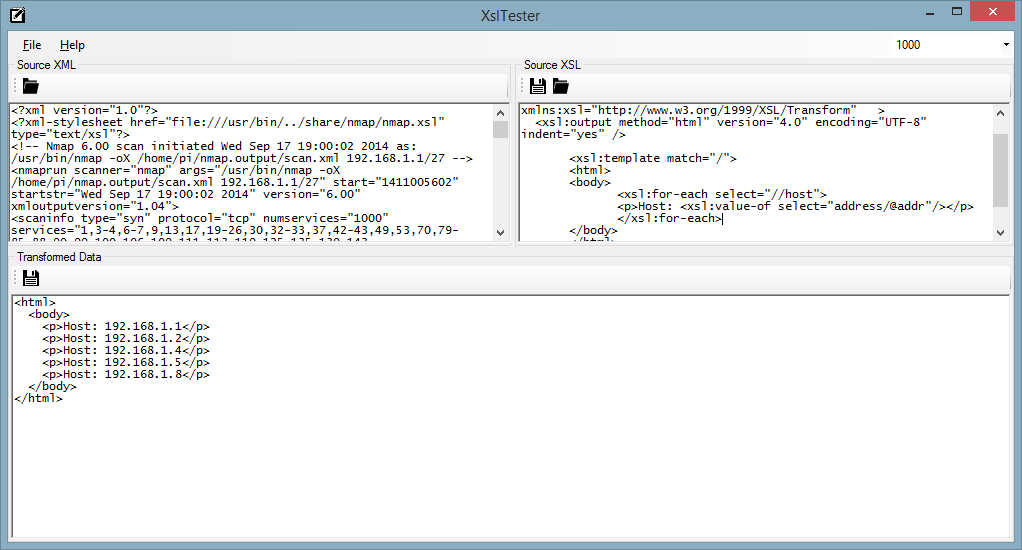 Example with XML and invalid XSL.

Example with XML and fixed XSL but wrong output.